Karma will come for you for what you did. You may have left me for another woman, but know that no one else would devote to you as I did. 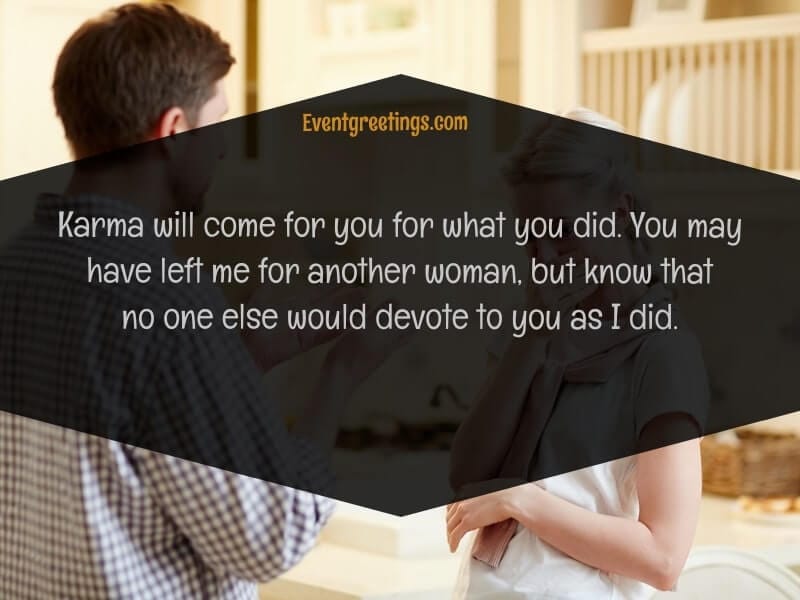 You will regret this one day. You may not know it now, but boy, would you regret being a rotten, cheating husband. But for now, I bid you farewell. 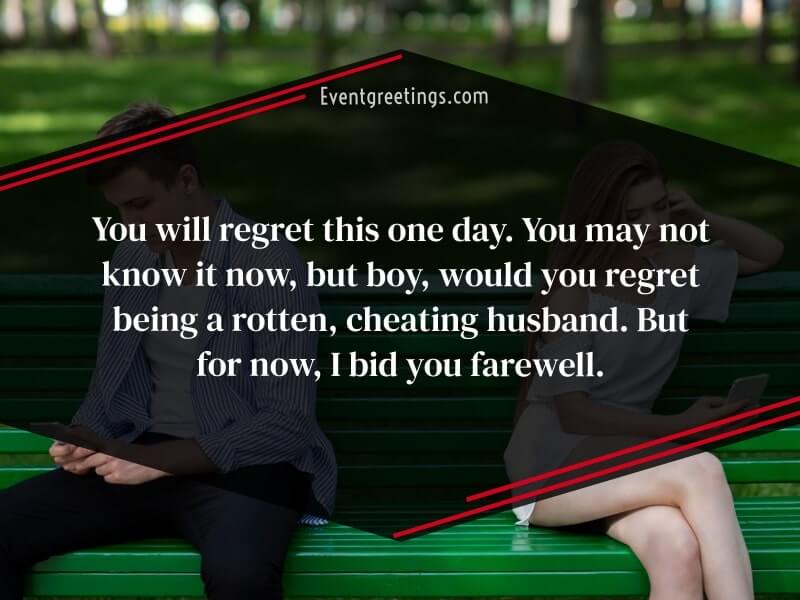 You told me that you will not tolerate cheaters, but that was clearly not true seeing as how you became one yourself, isn’t it? 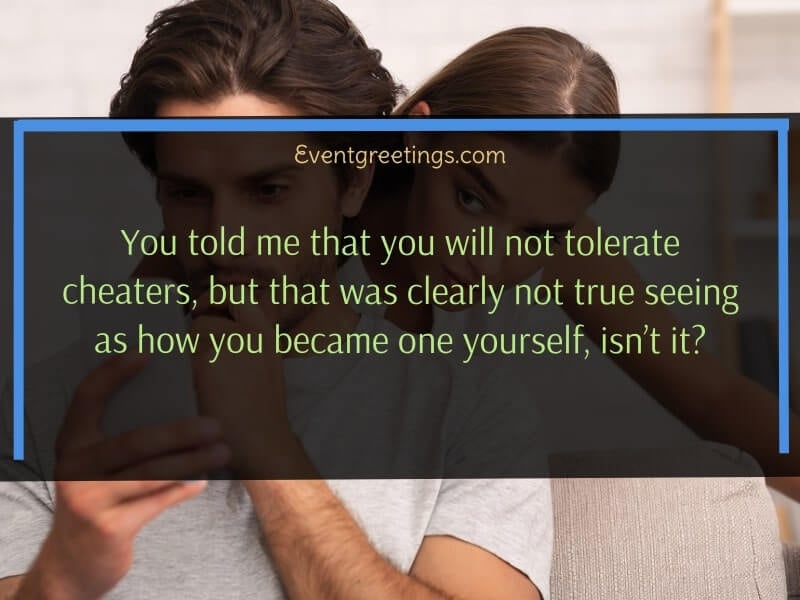 I never thought that you’d be a cheater. You, of all people, who swore to never be like your ex-partner. The irony in this is just incredible.

I can’t believe that you’ve finally done it. All these years of lies and deceit, and all the chances that I gave you – I feel so stupid right now.

Some day you’re going to think back on today, the day you made the mistake of cheating on me. Some day you’ll regret it, but it’ll be too late.

Isn’t it funny how you kept insisting that I was the crazy one for doubting you when you were truly lying to my face the entire time? 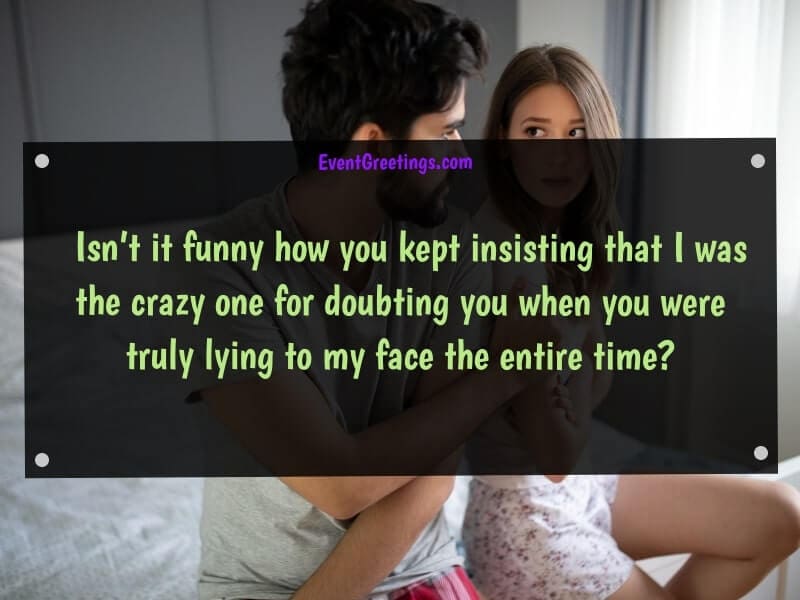 I just can’t believe that you have the audacity to beg for my forgiveness after all this time. You truly are the worst of the worst.

You should’ve known that cheating was wrong before you did it. It’s too late to say or try to right all your wrongs now – it won’t change anything.

I thought you were better than them. You said you were different, but look at who’s hurting me now? I hate you so much right now.

Read: I Love You Messages For Husband

I often wondered what went wrong, if I could have done something better or if I could have known in advance. But now I’ve accepted that there are no excuses for what you did. 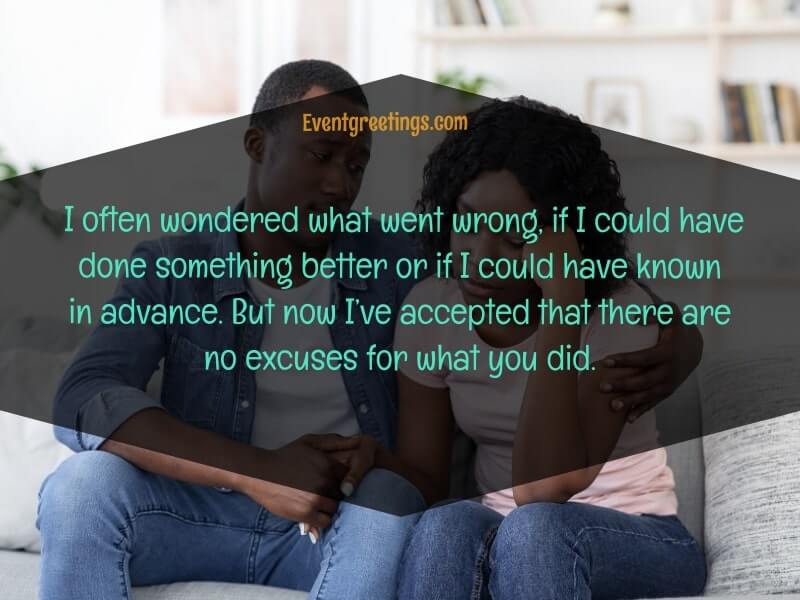 I’ve read so much about husbands cheating on their wives, but I never once thought that it would happen to me. Now that I know, I wish I didn’t.

I tried to make excuses for you. I tried to rationalize it all, about why you cheated on someone who devoted her entire life to you. I did it all for you.

I wish I haven’t done so much for you. I wish I hadn’t ignored all the red flags. Maybe I wouldn’t have been here today, regretting ignoring everything you did. 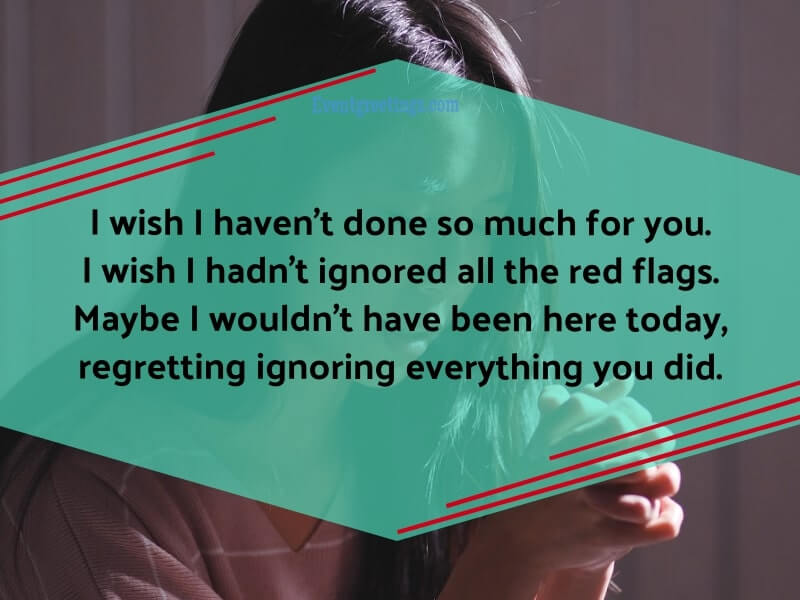 There were days when I regretted meeting you. I wish you knew how badly your cheating hurt me. I hope one day you’ll know just how it feels.

Good Luck in Your Future Endeavors-Message And Wishes