There may only be a few of us on the planet who hasn’t watched the ‘Forrest Gump’ movie and been inspired by the Forrest Gump quotes. Even though the character is completely fictional, Forrest Gump was able to spark hope and motivation in the hearts of his fans.

The movie was released in 1994, which was based on a novel by Winston Groom. It portrays a character who is kind-hearted but a little slow-witted over several years. Upon its release, it was met with admiration and rave reviews for the direction as well as Tom Hanks’ portrayal of the character. It was a huge box office hit and was one of the top-grossing films released that year in America.

It was able to win several Academy Awards, including that for Best Picture, Best Actor, and Best Director, among others. Years after its release, the character of Forrest Gump is still well-loved and appreciated because out of all adversities rises a person who refuses to give up and continues on the path of righteousness.

Here are some beautiful, funny, and inspirational Forrest Gump quotes that will make you want to watch the movie again and revere in its beauty!

The best thing about Forrest Gump is how he doesn’t stop inspiring people with his tales of resilience. No matter what life throws at him, he continues to remain a kind-hearted person who doesn’t lose hope and looks for sunshine. Here are some Inspirational Forrest Gump Quotes that inspire us to do the same.

1. Don’t ever let anybody tell you they’re better than you. 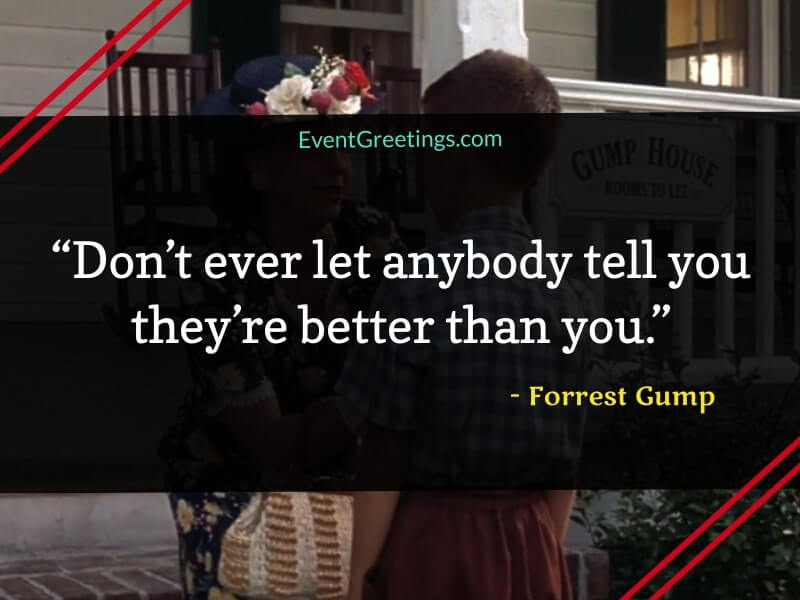 2.  You’ve got to put the past behind you before you can move on. 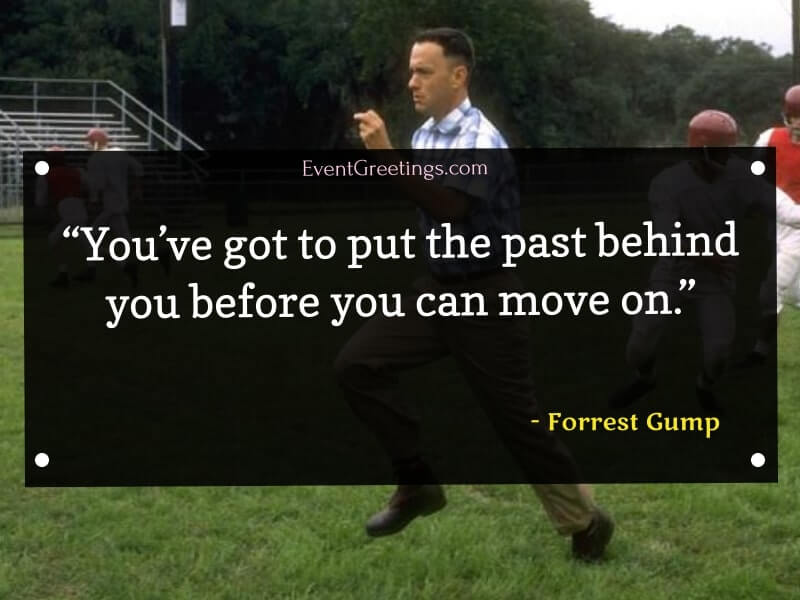 3. There’s an awful lot you can tell about a person by their shoes. 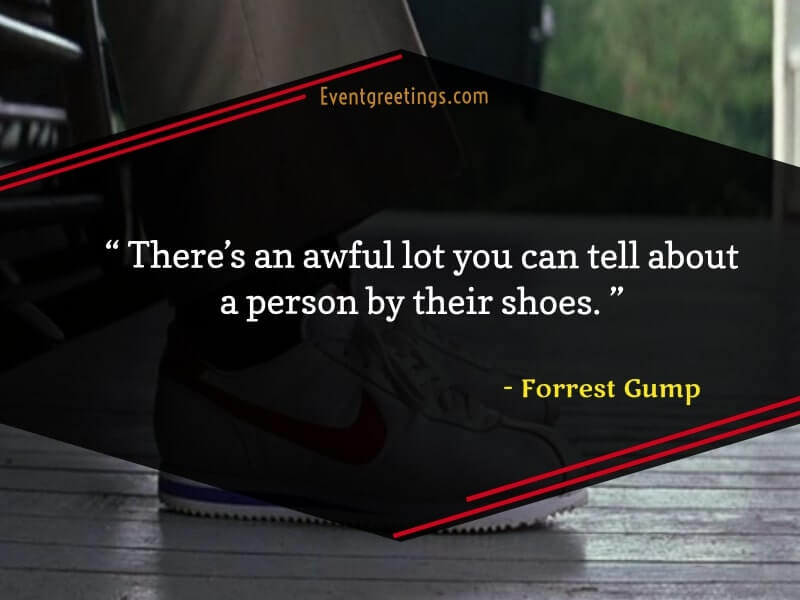 4. There’s only so much fortune a man really needs, and the rest is just for showin’ off. 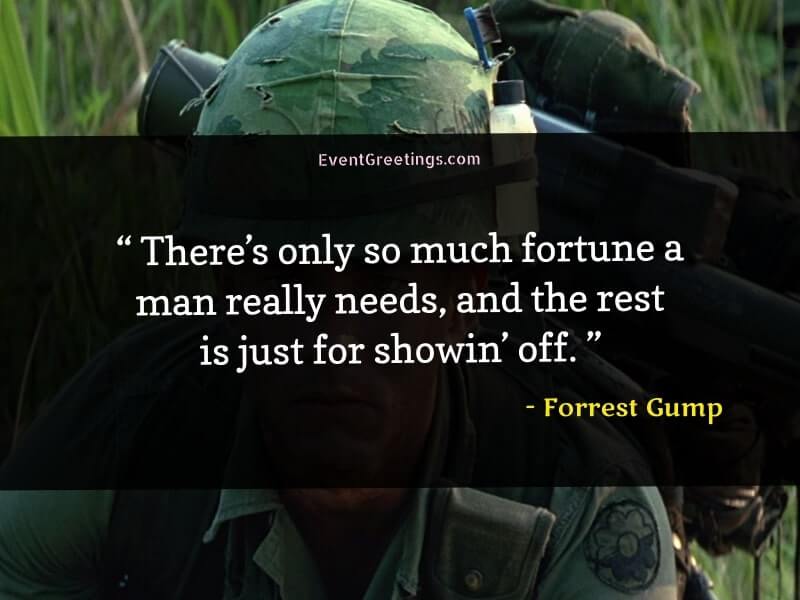 5. Miracles happen every day. Some people don’t think so, but they do.

7. We all have a destiny. Nothing just happens. It is all part of a plan!

8. Now you wouldn’t believe me if I told you, but I could run like the wind blows. From that day on, if I was goin’ somewhere, I was runnin’! 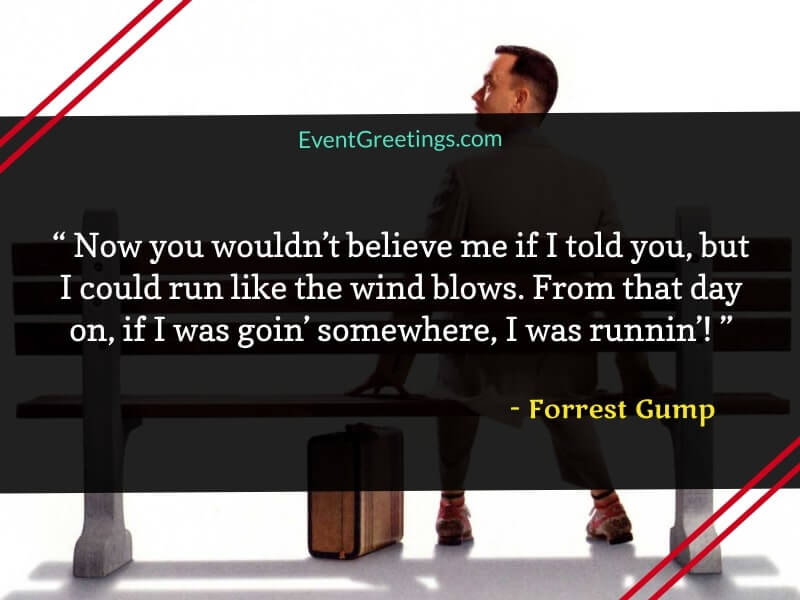 10. For no particular reason I just kept on going. I ran clear to the ocean. And when I got there, I figured, since I’d gone this far, I might as well turn around, just keep on going.

12. You have to do the best with what God gave you. 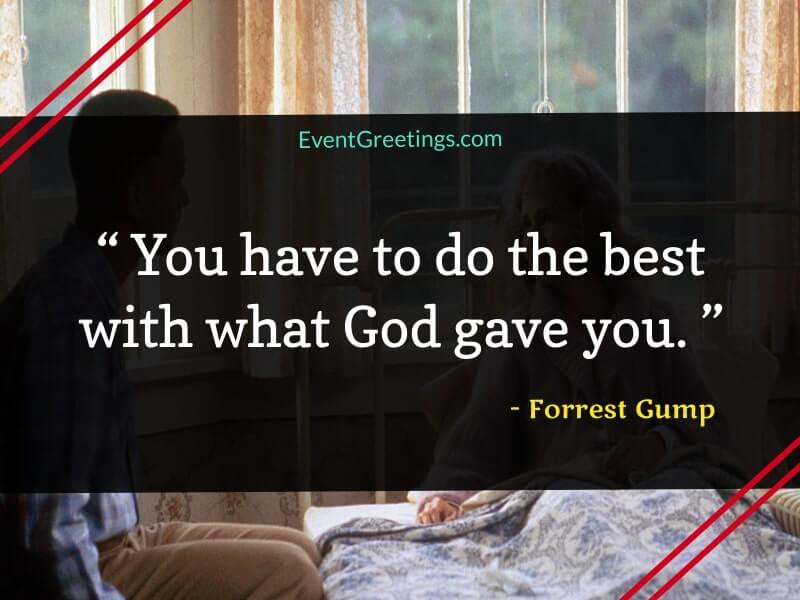 14.  Life is like a box of chocolates; you never know what you’re gonna get.

15. Always be able to look back and say, at least I didn’t lead no humdrum life.

Several quotes from Forrest Gump come to mind when we think of this iconic character. From teaching us to putting our pasts behind to comparing life with a box of chocolates, Forrest Gump has some of the best things to say! Here are some of the most Famous Forrest Gump Quotes that are as popular as he is!

17. If you do not like my family and friends, I do not want to hear anything about it. They may mean nothing to you, but they mean everything to me. 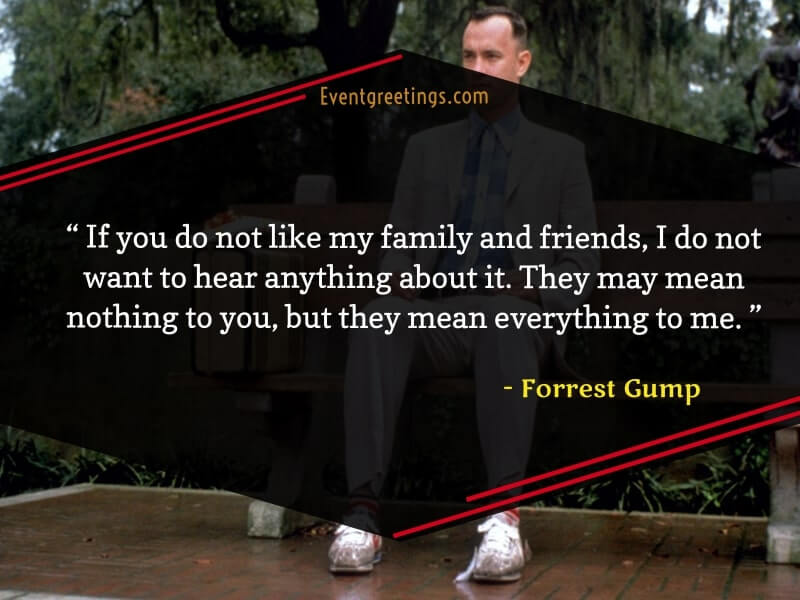 18. Me and Jenny goes together like peas and carrots.

20. Mama always had a way of explaining things so I could understand them.

22. It’s funny how you remember some things, but some things you can’t. 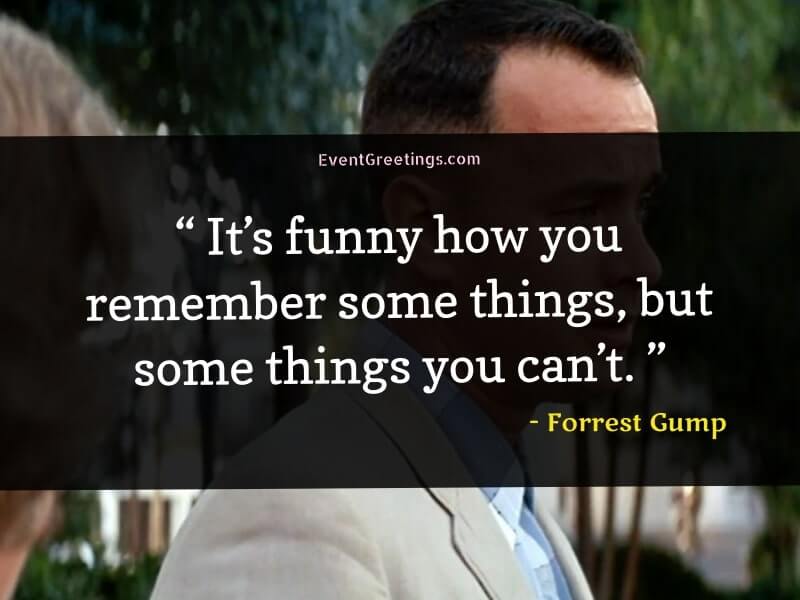 24. You’re the same as everybody else. You are no different.

25. I don’t know if we each have a destiny, or if we’re all just floatin’ around accidental-like on a breeze. But I, I think maybe it’s both. Maybe both is happenin’ at the same time.

26. I had never seen anything so beautiful in my life.

27. Vacation is when you go somewhere…and you don’t ever come back. 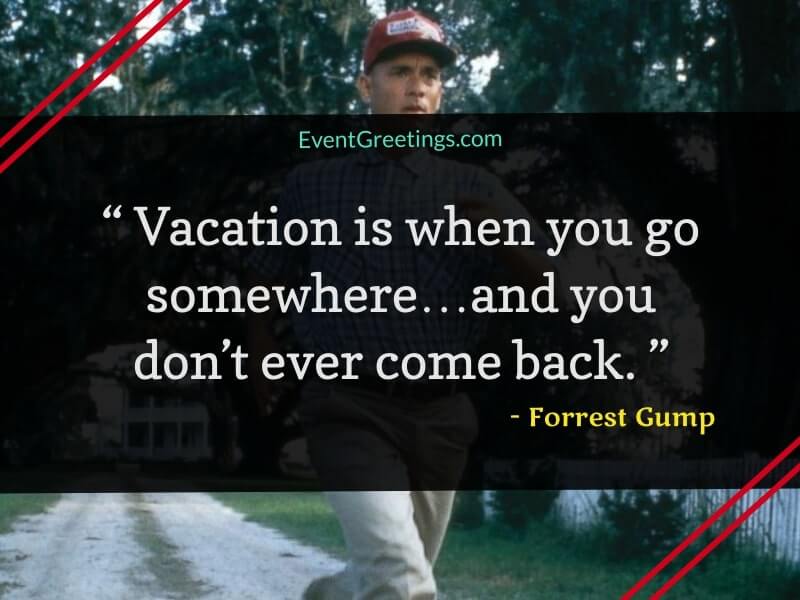 29. If I’d known this was going to be the last time me and Bubba was gonna talk, I’d thought of something better to say.

30. He never actually said so, but I think he made his peace with God.