It sucks when a friendship ends, but sometimes that’s just what happens. People drift apart, arguments happen. However, as people always say, when one door closes, another window opens. Sometimes, a friendship could be ending for the best reasons; It doesn’t always have to be a negative thing. However, if you want to express the upset feelings you have about your friendships ending, here are some quotes that you can share to express your sentiments. Just always remember to evaluate the friends that you have in your circle, and if they are people that would matter a decade from today.

We’ve known each other since high school, and it just throws me off how you can end our friendship so abruptly without any notice. Do you not care at all? 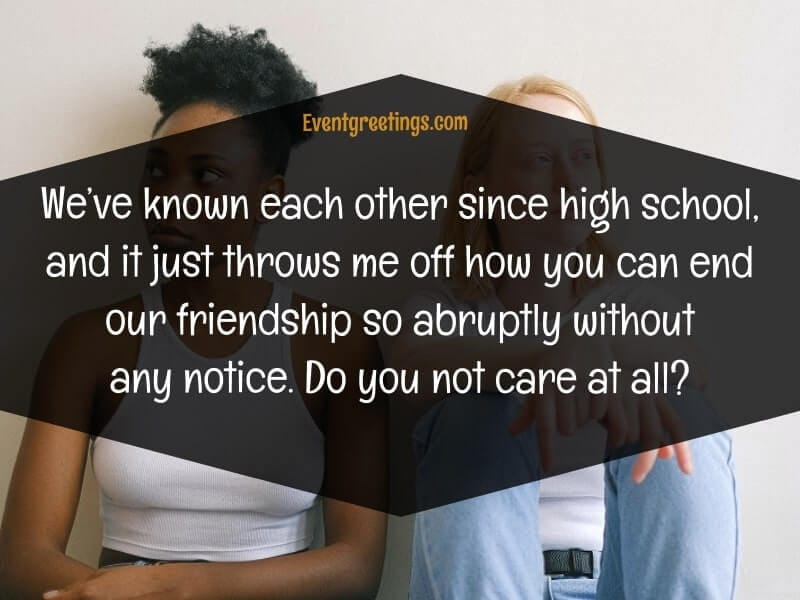 It’s for the better that this friendship ends. We were not a good match for each other, and it’s just not healthy. I wish you the best. 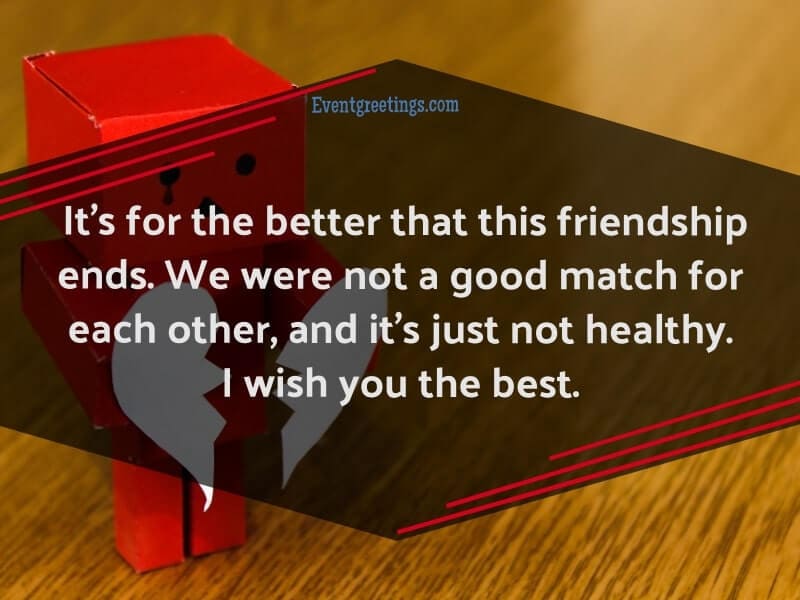 We may not be friends anymore, but I still think about you sometimes. I just hope that you’re doing well where you are, even without me. 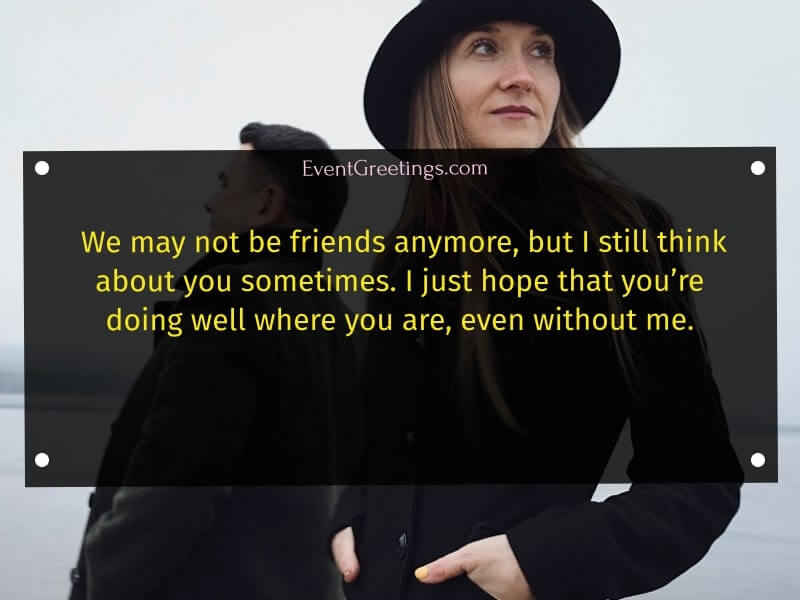 Friendships end, I get it. I do miss you sometimes though because we really had fun while our friendship lasted. Thank you for the memories.

Sometimes, I catch myself thinking about our friendship. It really was quite toxic, and we were getting too dependent on each other. I hope you’re doing better now.

Just because I’m not your friend anymore, it doesn’t mean that I wish ill upon you. I hope you’re doing good, just maybe without me with you.

We thought we’d stay connected after we graduate, but we didn’t, did we? It turned out that we just drifted apart when we started our new social circles. 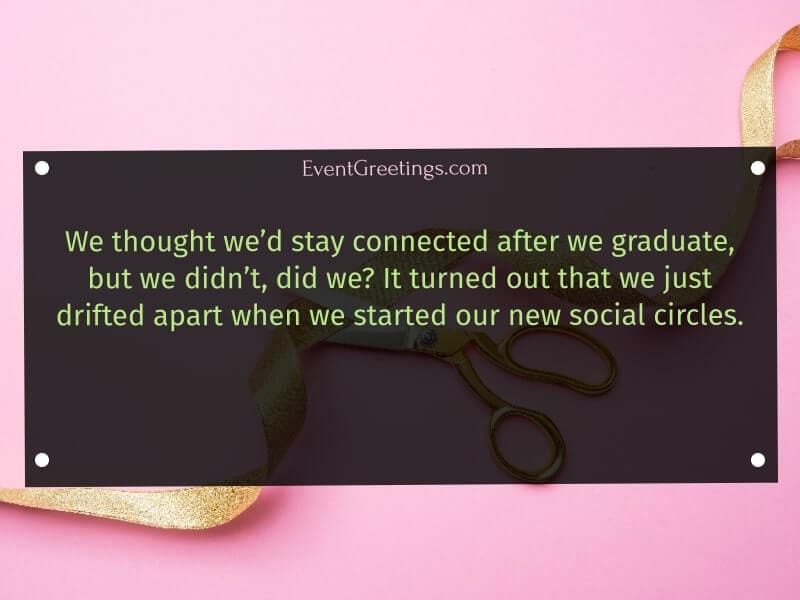 I don’t understand why you just suddenly cut me off your circle. But, I thought we were getting along just fine and wish you’ve left an explanation, at least.

I knew we had our differences, but I didn’t know that you felt so strongly about it that you had to cut me off completely like that.

Was our friendship so terrible that you felt a need to burn the bridges? I hope I haven’t been that terrible to you, but I understand if you feel that way.

Read: Quotes About Being Strong

Sometimes, an ending friendship feels no different from a break-up. Some just end naturally, others end with an entire notice. I don’t know which is worse. 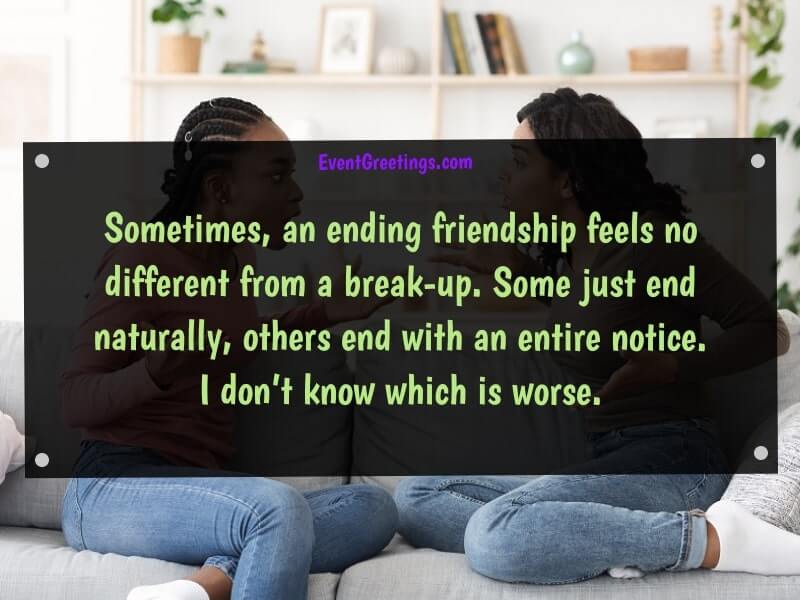 I’m thankful that you’ve told me how you felt about our friendship. I understand that we may not be compatible, and I respect your wishes.

Friendships ending are some of the worst things that could happen. I wish it wasn’t so painful, but it hurts just almost as much as a break-up.

I’m sorry that we have to end our friendship like this, but this really just isn’t working out and I think we’d be better apart from each other. 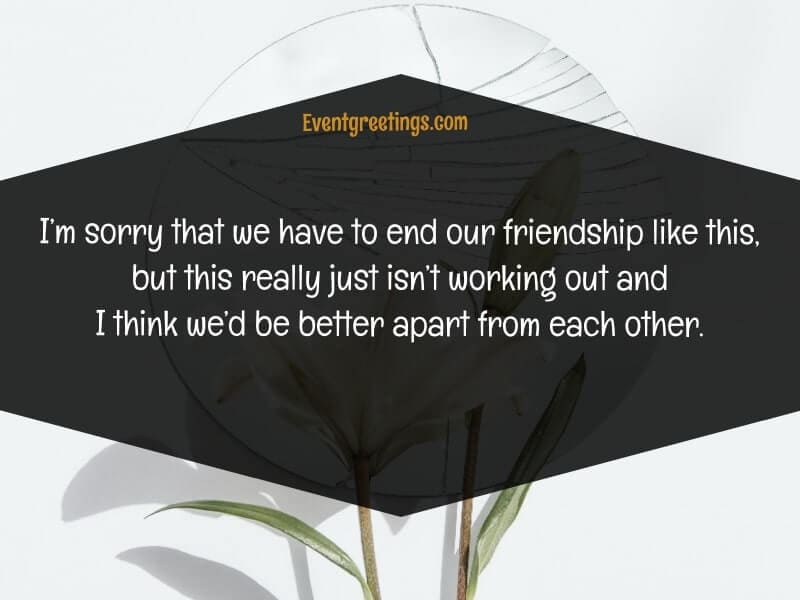 Our friendship was really quite fun while it lasted, but I think our personal differences aren’t working out well for us. Let’s just stop contacting each other here, okay?

Quotes About Moving on From Friends

I was definitely sad when you suddenly cut me off, but now that I’ve moved on I really understood why you did that. I hope you’re in a better place now. 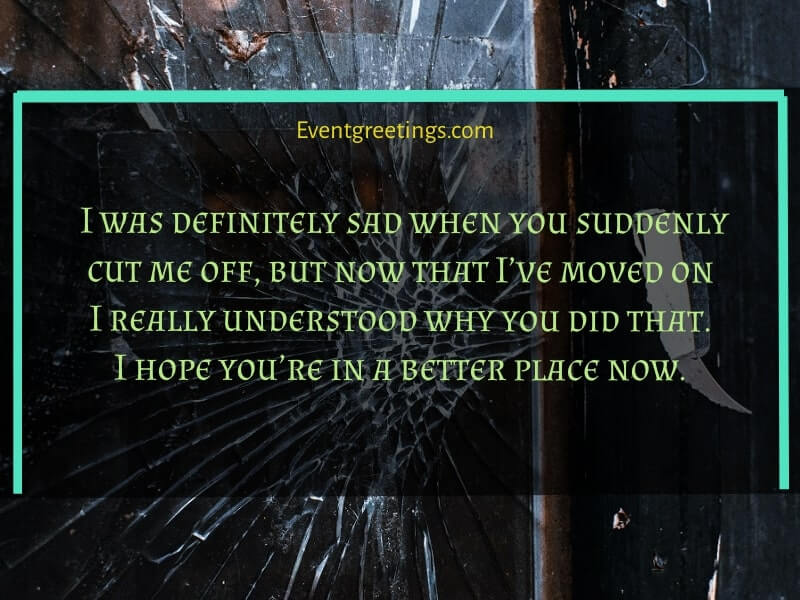 Some friendships just aren’t meant to be, and as sad as it is, this is one of them. I’ve moved on now, and I hope you have too.

I know friendships ending is an upsetting experience, but it can be very liberating once you move on from it. I hope that you’ll be free from your pain soon.

You’ve ended this one friend, and there may be better ones waiting in store for you. Allow yourself to heal and move on, and you’ll find your happiness. 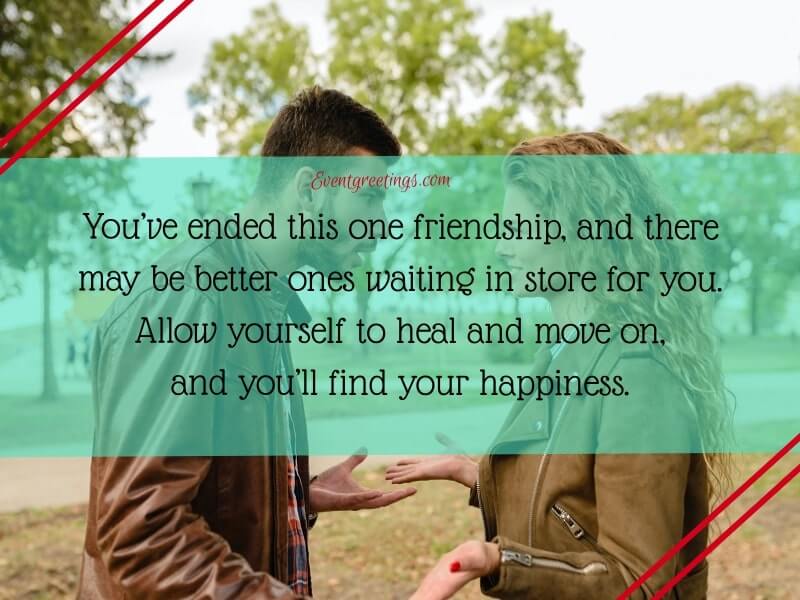 There are just some friends you need to move on from for your own happiness. Some friendships just aren’t meant to be maintained, and we need to recognize that.

When trust is broken, so are friendships. There are some lines that you just can’t cross between friends, and once they are, it’s all irreversible. You can’t take it back.

Some broken friendships can be mended, but others are just not meant to be. I hope that all of our arguments can be resolved if they ever happen.

Broken friendships hurt, but it could hurt us more if we stay in a toxic friendship. Let’s just take what we can get and leave while we’re still good.

Friendships aren’t meant to be taken for granted. You aren’t supposed to take advantage of the other party like that, but you did. This friendship is broken now.

It may sound harsh, but what you did really did break our friendship. I don’t know if I want to be friends with you again. I don’t think I can. 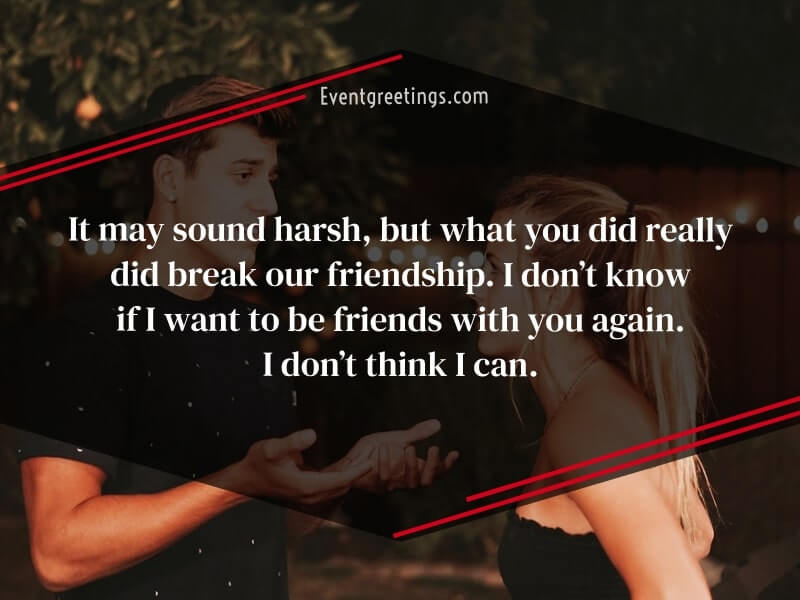 We both played a part in causing this broken friendship; There’s really no excuse for what we both did. Let’s just end it here. I wish you well.

It’s terrible to be going through this broken friendship, isn’t it? I wouldn’t wish it upon anyone else now that I have gone through it with you.

I’m so sorry that our friendship is broken, but I think we both know that we can’t go back to the way we were now. I wish you well regardless. 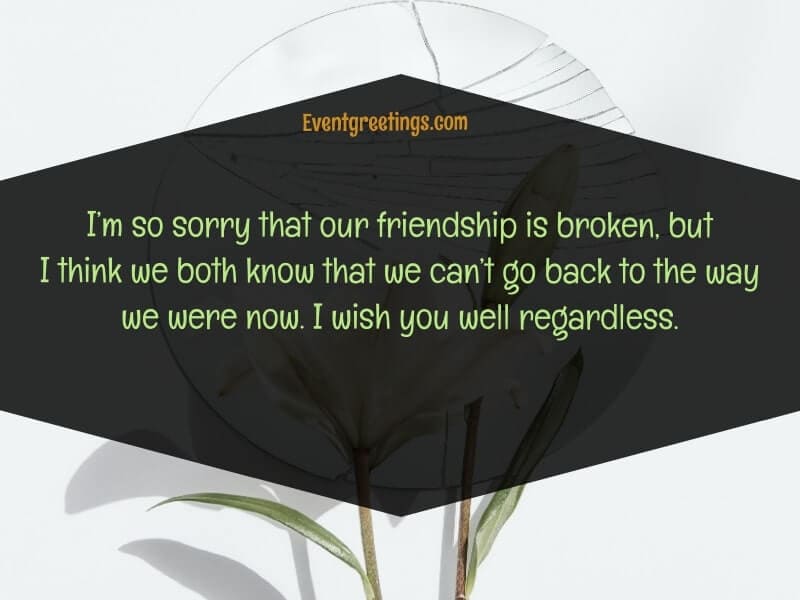 Maybe one day we’ll move on from this and become friends again, but today won’t be the day. Let’s just calm down and move on for now.

When you experience a broken friendship, you need to take the time to heal and move on. Otherwise, the friendship just won’t truly recover because deep down, you’re still hurting.

15 I Miss My Wife Quotes And Messages

50 Heartfelt I Miss You Quotes For Your...

25 Flirty Texts For Her That Will Make...

15 Sorry Quotes And Messages for Husband